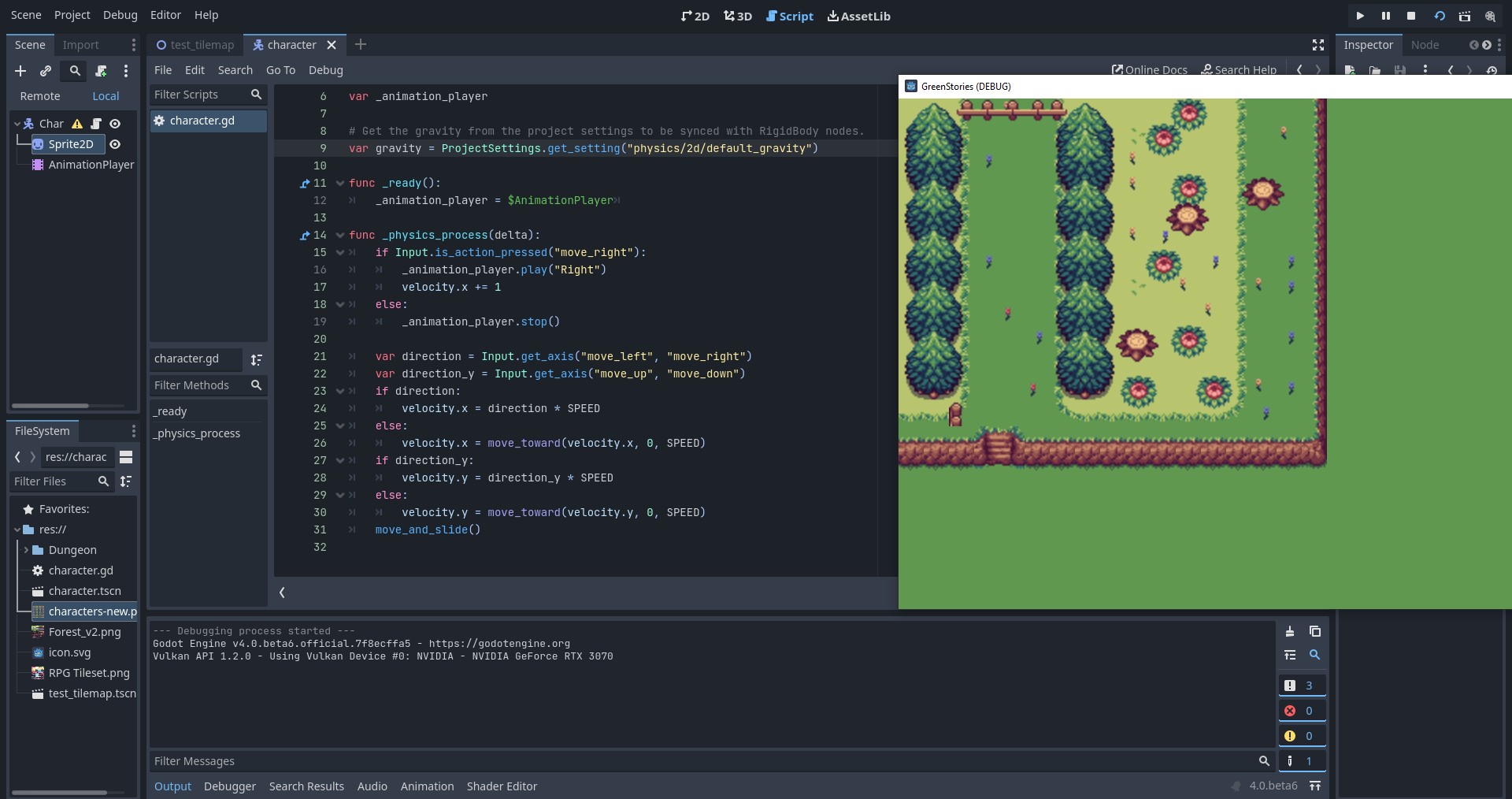 I like the new Godot 4. Even though it is still beta (6th release), I think it works very stable. However, I have to say that I was working mostly with new unified Tilemaps and Tilesets. 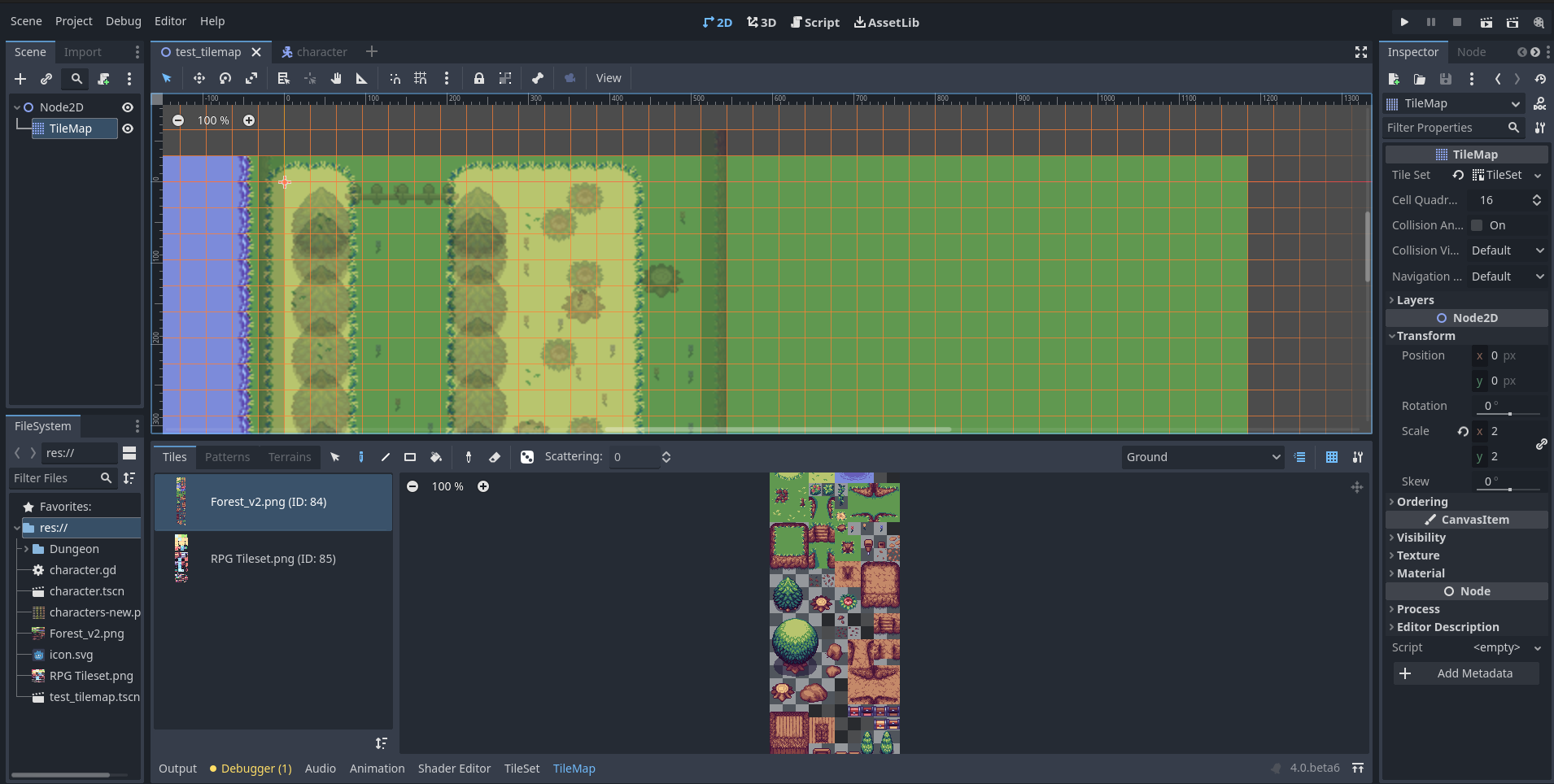 After a few hours of work and a mix of reminding how things work in Godot 3 and the changes incoming with Godot 4 - I have managed to create a simple animation of the character and a tiled map which I will use for the game.

As you can see from the screenshot - it will be a top-down 2D game, a mix of an adventure game, role play and a bit of survival/farming game. Think like point-and-click mixed with tower defense and dungeons and dragons. And the mystery, a secret story being discovered step by step.

Stay in touch for more news!

You May Also Enjoy

I used to do hobbyists game development for some years, some of the projects can be found on the Devcarpet page, with my two favorites - Deer Portal and Deer...

Data loss can be painful. And I think everyone has experienced it at least once. Recently It happened to me - my SDCARD reader, which I use to transfer photo...

Yesterday I dedicated some time to investigate Minimal Mistakes. I would say that it well spent time - blog is running now on this theme.

Some Jekyll and Strapi news

This post is slightly delayed, but still worth mentioning. After a few months of my work on the jekyll-strapi plugin, I have become an official maintainer of...